TEAM ZEN is a 501(3)c non-profit dedicated to enriching youth leadership and goal setting skills through the discipline of Taekwondo. Traditional curriculum includes physical training, rank advancement, competition, student teaching, and community service to empower young martial artists in realizing their full potential. Building self confidence, respect and community awareness through the tenants of Taekwondo enhances the development of lifelong skills and achievements. Proceeds fund state, regional and national competitions, ongoing training, and black belt certifications under the aegis of the United States Grandmaster Society as well as community outreach events and demonstrations.

Twenty-five years of dedicated training has earned Master Branch many accolades including being ranked as a Top Competitor in the Southwest Region by Karate Illustrated Magazine (1986), a nationally accredited publication.

During her training for 5th Dan in 1996, she returned once again to competition and received Gold and Silver medals at the Texas State T.K.D. Championships in Dallas, TX. Winning at the state level resulted in the opportunity to compete in the 22nd U.S. National T.K.D. Championships in Colorado Springs, at the esteemed U.S. Olympic Training Center (Silver Medal – Forms).

Her competitive resume includes a corporate sponsorship by Meridian Service Corp. which provided funding for national and international competition such as the International Tournament of Champions in Bermuda, L.A. Internationals, Battle of Atlanta, Fort Worth National Pro-Am, National Karate Open Finals, Gulf Coast Nationals, and the United States Karate Championships, the latter at which she earned Black Belt Forms Champion in 1985 and 1986. 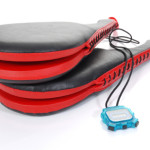 Shortly after returning to Austin from the Dallas-Fort Worth metroplex, she opened the Austin Black Belt Academy of Austin. The South 1st school produced many talented students with an admiral list of competitive wins as well as state, regional and national awards.

Master Branch studied sports science/kinesiology and worked with NCAA women’s collegiate teams while at the University of Texas at Austin, further adding to her knowledge and expertise in physical fitness and training. Currently she is pursuing a nursing degree while serving as Executive Administrator at PL Management development company.

Master Branch would like to thank Grandmaster Won Chik Park for allowing her to train at his school during preparation for the U.S. Nationals.

Grandmaster Roy Kurban for the many hours of focus pad training and mental coaching that resulted in winning a few matches.

Dr. Janette Kurban for making the corporate sponsorship a reality.

And, Master Steve Fisher for the private lessons that resulted in the questioning of everything.